Corbyn: though wealth has corrupted our politics, democracy can move power to the voting booth

Elliot Chappell (below, left) reports that in today’s pre-conference policy announcement Jeremy Corbyn vowed to put “people before privilege”. During the conference he will set out plans to build an economy that values the “health, wealth and wellbeing of every citizen”.

Describing vast inequality as a “sign of a sick economy”, the Labour leader will warn against an “broken” economic system that “inflates the wealth of the richest while failing to invest in our future”. He explains:

Chappell reminds readers of the Johnson government plans to introduce tax cuts for those on the higher rate of income tax and increase the threshold for national insurance contributions.

An analysis of the Office for National Statistics (ONS) data suggests this would benefit the richest 20% of families at least seven times more than the poorest 20%, and push 50,000 families below the poverty line. 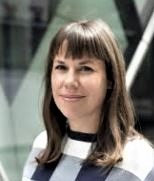 Catherine Neilan (right) in the CityAM website reports that Labour ‘wonks’ have analysed Office for National Statistics (ONS) data, finding that the richest 10% of Londoners own 61% of the city’s total wealth. She interprets Corbyn’s announcement as ‘taking aim’ at wealthy Londoners in arguing the capital’s inequality is a sign of “a sick economy”- adding as an aside that Corbyn’s own ‘net worth’ is estimated at £3m. She adds:

“Corbyn has made no secret of their dislike for the Square Mile, repeatedly making veiled threats towards banks and bankers, and pitting the financial services industry against manufacturing”.

Jeremy Corbyn said that though ‘concentrations of wealth generate unaccountable power, corrupting our politics in the process . . . democracy moves power from the bank balance and boardroom to the voting booth’.